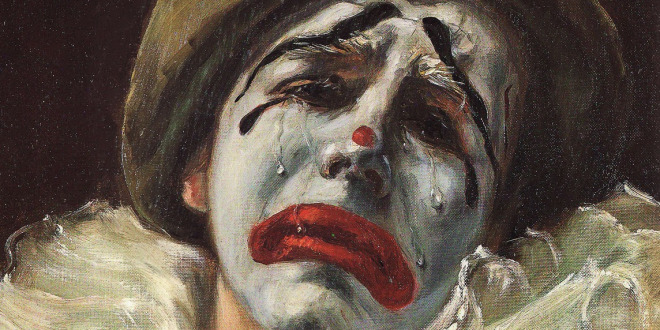 I got hit between the eyes by the confession of a 20-year-old songstress from New Zealand, named Benee.  In a Public Radio interview, she divulged she’s had her share of mental and emotional challenges, her fill of anxieties.  She talked about how people try not to show themselves crying, yet she posted 10 photos of herself doing so.  She stated “I just think it’s so important to be honest, and to not trick people into thinking that it’s all perfect and everything’s a highlight.”  Sage wisdom from someone so young!

Take a moment to hear her for yourself, then come back…

It is all too easy, in this age of technology, to edit out our undesirable elements and only showcase “the perfect me” we want others to see.  Photo filters and ‘selective sharing‘ of only those bits and pieces we deem flattering make it to the light of day.  All those sketchy, unattractive, even ‘suspect‘ qualities of our human nature get tucked into lidded boxes or swept under the rug.

If I shared with you my thoughts and feelings, the dark malignant ones, would you still see me as the kind, gentle, amicable person I’ve displayed most of my life?  Because I have been angry.  I have been frustrated to the point of seething.  I have been rent asunder by loss, and knelt weeping on the lawn.  And after each such emotional upheaval, I took time to sort through the situation, determined what went right and what went wrong, and then gauged my role in it and how I could affect a change for the better going forward from that point.

Let me show you three examples:

1)
It was 1978, in the little town of Ocean Springs on the Gulf Coast of Mississippi.  I’d failed my Senior year and was in summer school classes.  While attending, I struck up a talking relationship with Carolyn, a Junior, a pretty girl who’d grabbed my attention.  The other attention she was getting was from another Junior named Gary, who just wanted to cause trouble.  He’d insinuate himself into our conversations, and belittle both Carolyn and me.

I’ve always been a reserved and quiet individual, more contemplative than outspoken, and always a bit smaller than other kids of my age.  Not only that, I was older than my peers, because I’d been held back one year to learn English before starting First Grade, because I had come to the United States from Germany.

During the early weeks of the summer school class, Gary wouldn’t let up.  He continued to pester us and—at one point—I told him off quite plainly.  He threatened to beat me up, but I laughed him off.

After class, I was in front of an ice cream shop across from the school, waiting for a ride home. Gary had his own car, spotted me, and pulled into the parking lot.  He laid into me again, with a friend of his as an audience.  I put up with it for a bit, then he began to shove me around.

I snapped.  I grappled with him in order to keep him from punching me.  We hit the ground and wrestled in the gravel for a few moments until I managed to get the upper hand.  (Most of my friends were taller and stronger than me.  I’d learned the advantage of leverage versus size.)  I caught him off-balance and got behind him, slipping my arm around his neck, and cinched my grip tight.

His strength began to fade and his friend was about to jump in to help.  I warned his buddy to back off or I’d snap his neck.  Gary was losing consciousness from lack of air, so I laid down the law, whispering into his ear.  “Gary, you’re going to leave Carolyn and me alone.  I’m real close to killing you right now, but I’m going to let you go in a moment.  When I do, you go home, and let’s not do this again.  Next time, I may not hold back.“

I let him go, his friend helped him into his car, and he drove off.  My ride showed up, and I was thankful for it.  I felt completely drained—physically, mentally, emotionally.  I don’t remember much of that evening, other than tending to bruises and scrapes.

2)
It was mid-1980, and I was a Sgt in the Air Force, working at the Schönfeld AUTOVON telephone switch, at Prüm Air Station, in Germany.  My crew and I were working the night shift, maintaining the computerized and electromagnetic relay systems of the Switch.  TSgt Flanagan, one of our senior ranking members, showed up and it was obvious he’d come from the Enlisted Club.  He lit up the first of an endless chain of cigarettes (still allowed in the workplace back then), but it didn’t cover the stench of too much alcohol.

He told me to stand watch in the Center Aisle (the monitoring station for the whole system), while he took the rest of the crew to one of the maintenance rooms with a chalk board.  He was going to “teach them the System” because “none of them know how it works.”  He spent several hours with them, then stumbled out, while we finished our shift.

The crew approached me as a group and complained about what had happened.  We discussed it and they told me TSgt Flanagan had rambled on about various parts of the AUTOVON Switch, in such a circuitous manner that none of it connected nor made sense.  The crew had come away from the ‘teaching session‘ no smarter than when he’d walked in.  I apologized for allowing the incident to happen and promised I’d do something about it.

The next day, I came in early and caught both TSgt Flanagan and our shop’s Master Sergeant in the office.  I recounted what had happened the night before and then told TSgt Flanagan he was never to repeat such behavior, taking a crew off-post and wasting their time.  I reiterated to him one of our rules: If any technician was impaired in any way—due to alcohol, drugs, or lack of sleep—we were to report to a superior and refrain from coming to work.  I reminded him it applies to the upper level of management, as well.

Word got around, and he was barred from entering the key-code doorways to the Switch.  He was given other duties outside our work area.  Several months passed, with him still outside the secure area, and it came time for my annual Rating Report.  When it was posted, it was so low the Company Commander got involved and a series of domino effects occurred.

I was run through a series of interviews, the first of which entailed standing in front of my Commander, telling me I was forthwith demoted from Sgt to SRA.  I was put on a probationary program, required to ‘show improvement‘ over the course of six months and then, if a consensus was reached on my status, I might receive my ‘star‘ back (inside the three stripes on my insignia).  Meanwhile, I had to change all my uniforms and bear the stigma of a demotion.

I stewed on it for about a week, but I determined not to take it lying down.  Enough of my peers pointed out I’d been in the right to accost TSgt Flanagan, and he had no real grounds to scuttle my Rating Report in order to take the heat off himself.  I started a paperwork trail, writing out the details of the night of the transgression, and all the background conniving that got me demoted.  As I talked with other personnel who had witnessed the incident, most of them offered up written statements to help my cause.

The whole situation came down to a trip to the Judge Advocate General’s office at Rhein-Main.  I let my management know I was taking the whole package of info there to get a resolution in my favor.  When I arrived, guess who was coming out of the JAG’s office?  My Commander and First Shirt.  I still showed the evidence to the JAG, and he told me, “I see what’s happened here, but there’s nothing I can do to change this.  Your Commander backs up his subordinates.“

It wasn’t until my next assignment, in Austin TX, until the whole thing got settled.  I’d tested for Staff Sergeant and get the score.  The Commander at the new base was hesitant to give me the promotion… until I showed him the documentation.  He shook his head and sighed, “You’ve been through all this and are still plugging away, performing to your best?  I grant the rank.“

3)
The suicide of my youngest daughter.  That was the toughest thing I’ve ever faced in my life.  I’ve shared some of it on this blog:

I’ll leave it to you to decide if you want to read those entries.  It’ll give you some sense of what transpired, as well as the emotional jolt it had on me and the rest of the family.  I found solace in scripture and in writing out my feelings.  The poem, “Just Up Ahead,” encapsulates most all of it, and it was cathartic in that respect.  Therefore, I won’t belabor you with further details.

Each of these incidents had long-term repercussions in my life.  With the treatment of the bully, I realized killing someone would be detrimental for me, as well.  I determined to rein in any further anger, hold it in check, and channel it more appropriately with discussion.  With the incident of having my rank taken away, I found there is safety in the counsel and backing of a community of friends.  I have never again allowed an authority over me to ride roughshod or take advantage of me.  In the aftermath of my daughter’s suicide, I clung to the knowledge of a gentle, loving God who will keep her safe until a heavenly reunion.  It takes the sting out of the loss of her from this world.

Here’s the kicker.  Despite living through, prevailing over, and moving on from each of those situations, I still feel regret and sadness on occasion.  I stand appalled at how close I came to snuffing out another person’s life.  I shake my head in disgust at being taken advantage of by a chain of authority.  I have moments where I pause, tears welling up in my eyes and my breath going ragged, because I won’t see my youngest daughter growing up.

And those moments… those quiet, introspective, solitary moments… wash over me in palpable waves.  They rear up and I bear their onslaught.  Sometimes, they ravage me… with tears, with grinding teeth, with balled up fists aching to demolish a wall.  Most times, I let the anger / frustration / sadness have its moment… then I stand upon the foundations of my experience, and move onward again, and leave behind those spent emotions.  I step forward with my life, unburdened, free to live and love again.

I will believe with You, that any such troubles in your own life, you’ll find a way to negotiate to a place of peace and understanding, as well.

P.S.:  One last thing.  If you’ve had the song “Tears of a Clown” going round in your head since you started this read, here’s the YouTube link for the music written by Stevie Wonder, with lyrics by Smokey Robinson:

This site uses Akismet to reduce spam. Learn how your comment data is processed.